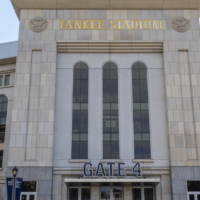 The New York Yankees right-hander Luis Severino, who hasn’t thrown a big-league pitch since the 2019 season, was activated prior to Monday’s series opener. The 27-year-old Severino has missed nearly two years recovering from Tommy John surgery, in addition to a prolonged absence during the 2019 season because of shoulder issues. Severino has made only three regular-season appearances since finishing ninth in Cy Young Award balloting back in 2018; his most recent regular-season appearance occurred on September 28, 2019.

The Yankees are currently without Jonathan Loáisiga and Zack Britton, who is expected to miss the next year-plus himself after undergoing his own elbow surgery. New York holds a 83-67 record on the season as of Monday, putting them 1 1/2 games back of the Toronto Blue Jays for the American League’s second wild card spot. They are also 2 1/2 games behind the Boston Red Sox, the AL’s top wild card holder.