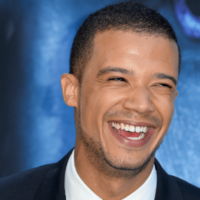 Game of Thrones actor Jacob Anderson — who played Grey Worm — has been cast in a leading role in AMC’s adaptation of Anne Rice’s Gothic vampire novel Interview With the Vampire. Anderson will play Louis, a young man who is seduced into the world of the undead by the amoral vampire Lestat (played by Sam Reid). The casting will reunite Anderson with GoT director Alan Taylor, who is helming the show’s first two episodes.

Anderson has previously appeared in Showtime’s Episodes, The Mimic and Broadchurch, plus was recently announced for a recurring role in the upcoming season of Doctor Who.

Interview With the Vampire is expected to air on AMC in 2022, and will launch a franchise universe based on Rice’s novels.