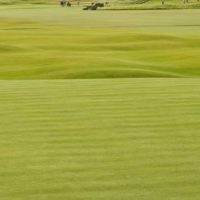 24-year-old Collin Morikawa rallied past Jordan Spieth and Louis Oosthuizen to win the 2021 British Open on Sunday at Royal St. George’s in Kent, England. Morikawa — playing in the British Open for the first time — captured his first Claret Jug and second major championship in two years. Morikawa won last year’s PGA Championship at Harding Park in his first appearance at that event.

Morikawa said: “This is by far one of the best moments of my life.”  With the win, he becomes the first player since Bobby Jones in 1926 to win two major titles in eight or fewer starts. Morikawa finished the tournament at 15-under 265, which is the lowest score in the 15 times the British Open has been held at Royal St. George’s. He now has five victories in his two years since turning pro.